3D-Cantilever. Not just a pliable pin, it's the triangulated racing chassis for the diamond stylus 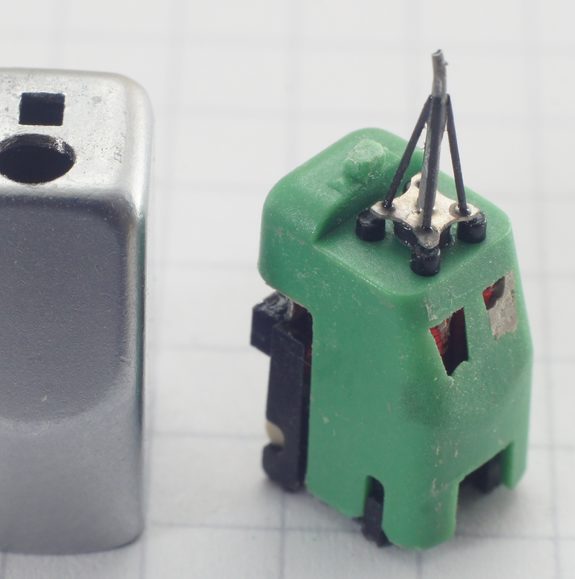 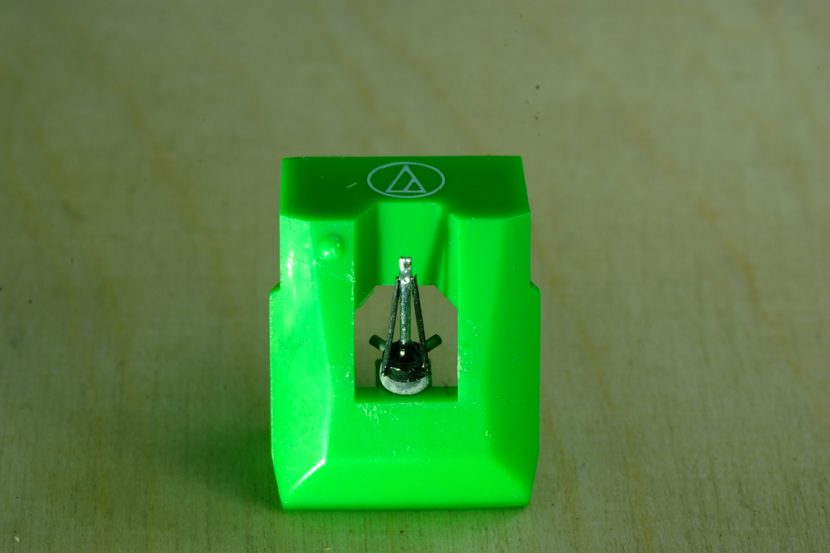 3D-Cantilever Mk.III-Version: A picture that says it all. Audio Technicas AT 95 E cantilever is stiffened by two carbon sticks (0,28 mm diameter, 5 mm long). Easy to implement for everyone with a steady hand (use a watchmakers glass), and great sonic result. More attac, more dynamics, more energy. 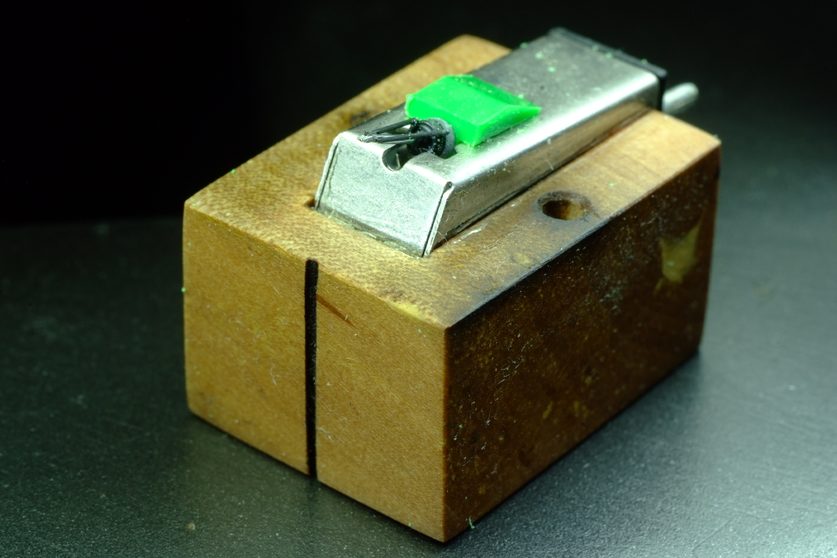 3D-Cantilever in High End-Version: Audio Tecnica AT 95 generator fixed in a wooden enclousure. Plastic frame of cantilever insert is chopped. For best dynamic results it's recommended to fix the insert  on both sides with a fine drop of glue or laquer.

That's what Jonathan Carr says, and he's the designer of the famous Lyra MC-cartridges.

Diamond stylus of most cartridges is mounted on a little piece of very thin material. This little pin in fact is just something like a flag pole in miniature. It's rigid material, but it flexes as the pole in the wind does. So there a mechanical losses in stylus movement acting on  the electrical generator. Even very hard material is flexible, like everyone knows from the glass window, when wind is heavily blowing against it.

Most High End-carts today are Moving Coil systems (MC). And most manufacturers use the same basic components delivered by few specialist like Namiki. The "secret" of every manufacturer is how to "cook" this components. Sometimes the secret is nothing more than a nice looking housing for the generator combined with a nice story. All of the manufactures have one common aim. They all believe in mass reduction. Therefore the cantilever and the diamond are becoming smaller and smaller. The boron cantilever of a modern MC High End system has an diameter of only 0,3 millimeter. It's just as thick as three times of a beard hair.

Giving a rigid structure this tiny cantilever pin has to be very short. Otherwise it would flex like a feather. But a short cantilever works not properly, because it's forced to move on a very small radius. Cantilever then is working against the modulation in the record groove. It's just the same thing you know from the car chassis. For propper and smooth respons the suspensions traverse linkage has to be as long as possible.

When cutting the master, the graver of the cutting machine moves linear. Therefore the best cantilever has to be as long as possible also. Like the the legendary Decca-London has one. This system is offering a very clever solution for best tracking. Deccas very special cantilever-linkage is guided by a string. This string also acts like a damping system on resonances. This is why the Decca system is known for great and clear sounding. But it's also a very sensitiv construction.

The new  "3D-Cantilever" is the answer to all this problems. Cantilever then is a real cantilever. A triangular structure, as known from advandced sports car or motorcycle race chassis like Ducati or the legendary Maserati Birdcage. Compared to the "3D-Cantilever" all common cantilever types are nothing more than bicycle frames. Look at the pictures and you know what I mean. It's not only a very stiff and light construction, it also can be a very long one.

The structure of "3D-Cantilever" is forced only by pressure and tension in straight line. This gives a maximum of stiffness. There is no bending like on any other usual cart cantilever. Also the rigid structure of the carbon elements will damp resonance effects very well (this mainly is the effect of all the special diamond shapes. The better the contact within the groove, the better the damping of resonances).

With the 3D-Cantilever you don't need a special diamond shape. A simple conical stylus works just perfect. So all the information out from the vinyl groove come to be transformed to the electrical generator in best manner. Channel seperation, dynamic attac, clearness and less micro distortions are the result. You'll get one big step further to the master band, closer to the real music.

The added structure is made out of thin carbon material. The extra weight on the cantilever is just 0,003 grams when tuning the AT 95-system. You like this? So please use for your first own experiment the cheap Audio-Technica AT 95 system. Due to the generator with thin magnetic pins in V-configuration this one is the ideal match for the transformation into "3D-Cantilever". All you need is 0,5 mm (better 0,3 mm) carbon, epoxy glue, fine tweezers and a watchmakers magnifying glass - plus a steady hand. The generator has to be modified also, because the "3D-Cantilever" needs more space in the generator. Okay, it's a callenge. But I'm shure you'll like it.. 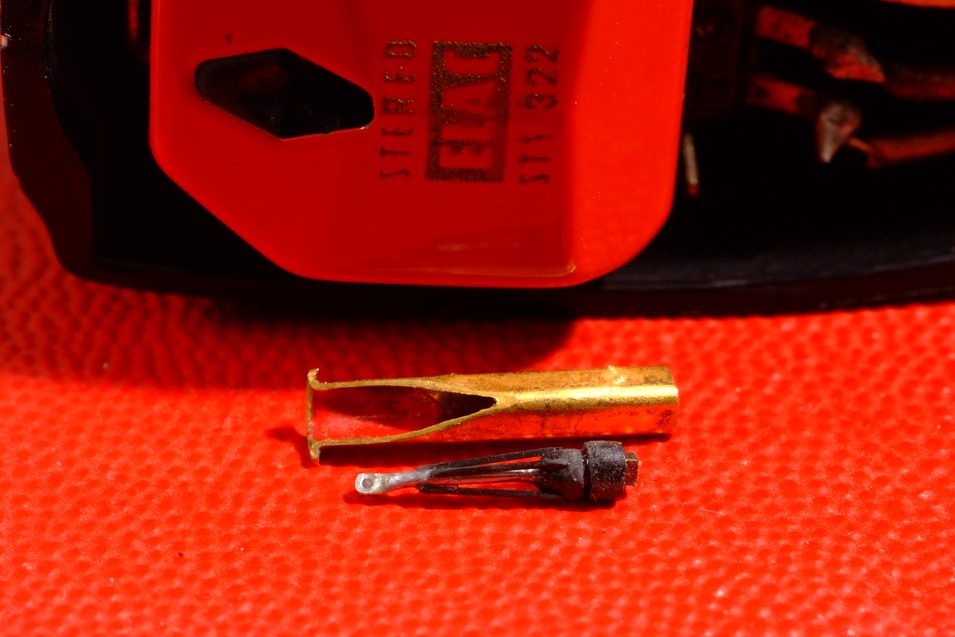 3D-cantilever-transformation on the famous ELAC STS 322 cartridge shows one thing: This technique is adaptable on classic style MM-carts also. In result the stiffen cantilever gives the punchy ELAC 322 a very nice and airy midrange with a lot of real life atmosphere. 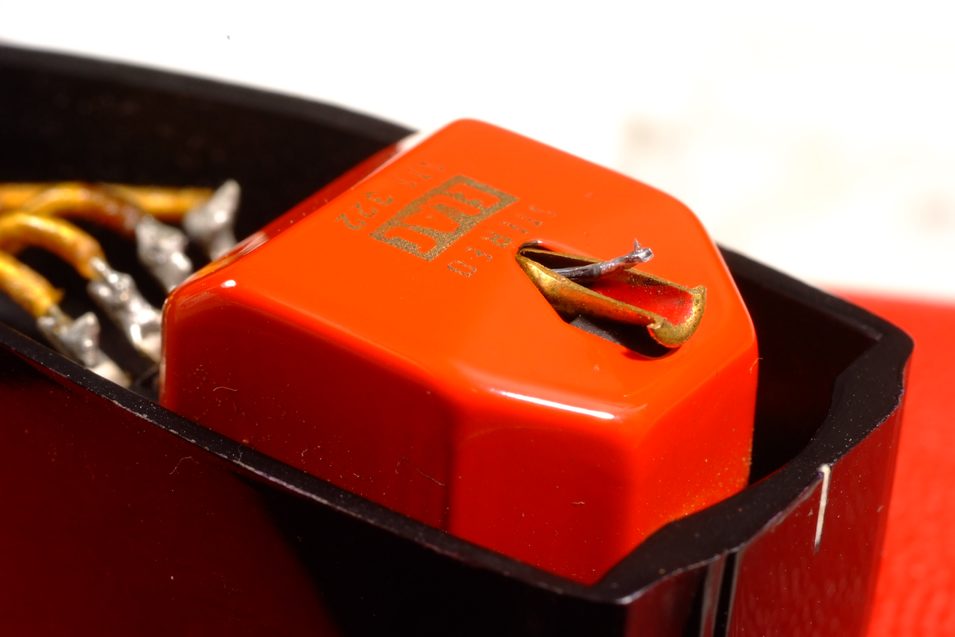 ELAC STS 322 with the 3D-cantilver ready to play. The transformation was done by using the original nude diamond and the original magneto. All the other parts are new, including the base plate made from carbon material. 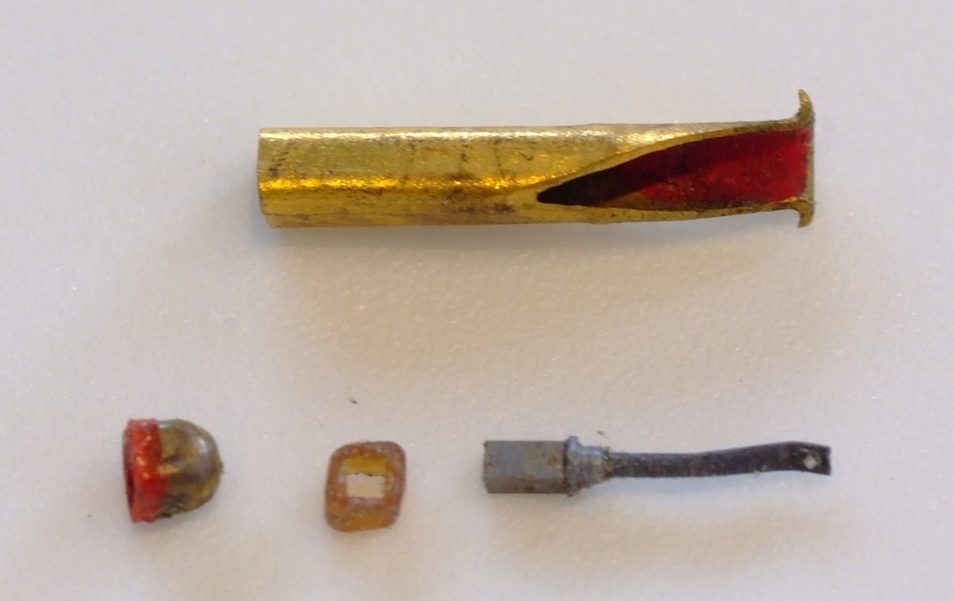 For comparison, the original ELAC cantilever with damping grommet and plug. This plug closes the magneto chamber here on the left end of the little rectangular tube. The rectangular magneto is just glued on the base plate of the cantilever. 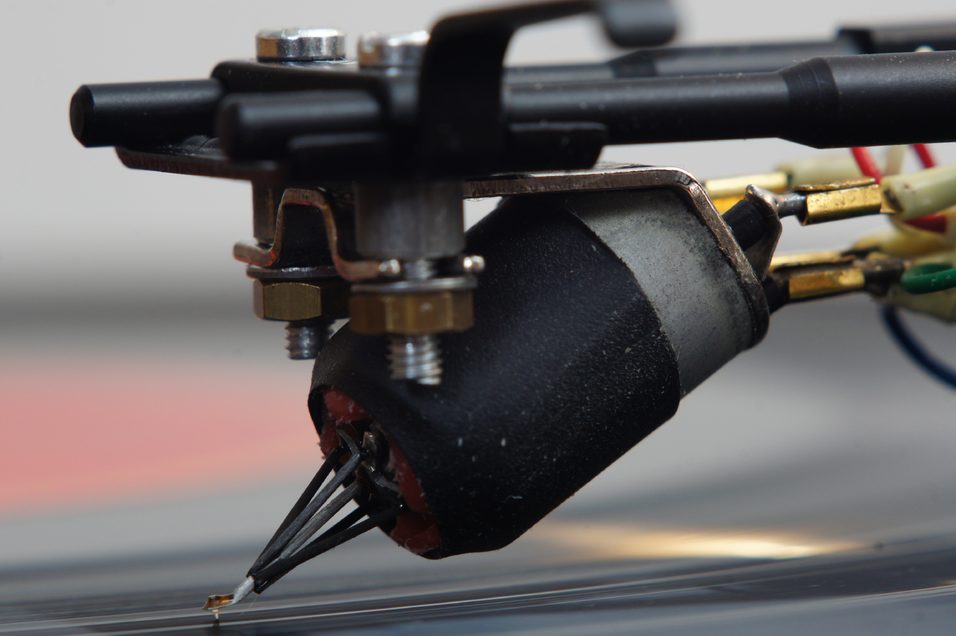 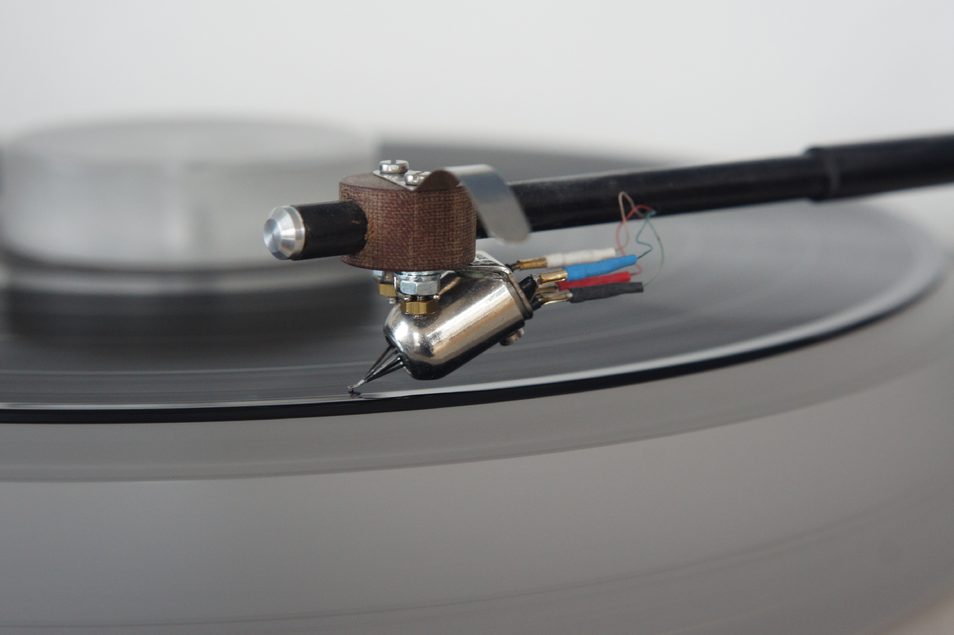 3D-Cantilever adapted on vintage Bang & Olufsen SP cartridges. Looks great and sounds just amazing. This type is a Moving Iron system (MI). In the late Fifties it was one of the first stereophonic systems. And the Bang&Olufsen technicans did a really great job. The aluminium cantilever is very long, so the B & O-technicans tried to damp resonances with a rubber ring positioned in the middle of the cantilever. Today we have the 3D-Cantilever, and that rockets this old boy in highest audiophil hemispheres. Done this transformation you'll get more than a whisper of what all went wrong in cartridge building within the last 50 years